Anyone who has been trying to have a baby for more than a few months has probably heard comments from friends and family about all the fun involved in the process. (“At least you can have a good time trying!”) Remarks like this are usually well-meaning, but they can also put a lot of pressure on women remain optimistic while waiting to see that positive pregnancy test.

Whether you’ve been trying for a while, or are starting to think about expanding your family, it’s beneficial (and motivational!) to understand your menstrual cycle and to know the best time of the month to get pregnant. One of the ways to optimize your chances is by having timed intercourse.

What exactly is timed intercourse?

Timed intercourse is exactly what it sounds like: carefully scheduled sexual intercourse around your fertile window or the time you’re most likely to get pregnant. It’s an incredibly unsexy term, but it actually has a lot of success when done properly.

First of all, let's talk about the fertile window, because it’s important you know yours if you want the best chances of conceiving. A woman is fertile from about five days before she actually ovulates until 24 hours after ovulation has occurred. If sperm is in the vicinity of an egg during this window of ovulation, it’s possible to get pregnant.

Unlike the egg, which only lives for about 12–24 hours after it’s released from the ovary, sperm can live for about five days hanging around the cervix, but only if cervical mucus is present. Cervical mucus is produced by the cervix due to rising estrogen levels as ovulation nears. Since sperm lives longer, this six-day window gives you the highest chance of success. Basically, if you have sex several times during this time, your chances of pregnancy increase.

“If you have a twenty-five-year-old woman with a 28-day menstrual cycle, then I would recommend for the first six months to be sexually active around day 12 to 14, but I wouldn’t recommend much more,” explains Dr. Ralf Zimmermann, an OB-GYN, reproductive endocrinologist, and medical director at Neway Fertility.

Your chances of conception can be dramatically improved by the timing of intercourse — assuming you don’t have any issues with your uterus or fallopian tubes and your male partner doesn’t have any issues related to his fertility.

Timing intercourse during your fertile period is simple and cost-effective compared to other fertility treatments such as in vitro fertilization (IVF), intrauterine insemination (IUI), or other methods of ovulation induction, so it’s good to try before moving on to other more expensive options.

Your age plays an enormous role in fertility — in short, fertility is naturally at its peak in your early 20s and declines gradually after that. If you ovulate, you have a predictable menstrual cycle, and you're healthy, your chances of pregnancy are about 10–15% if you have intercourse five days before you actually ovulate. These odds rise to somewhere between 14% and 23% following timed intercourse, according to 2015 research published in the Cochrane Database of Systematic Reviews in 2015.

Getting the timing right

Many women have a lot of trouble actually knowing when their fertile window is open for business. The best approach when just starting out, according to Dr. Zimmermann, is to begin having sex on day 10 and continuing every other day until ovulation and then again one day after ovulation. Day 10 is a good starting point because estrogen levels are high and the uterine lining should be getting pretty thick.

Ovulation prediction can give you a better picture of that fertile window. Ovulation predictor kits (OPKs) work by detecting a rise in LH, or luteinizing hormone, in your urine. This LH surge comes 12–36 hours before ovulation. Each brand of test is different, but when you see the double blue lines or the smiley face, you know you’ll be ovulating soon and it’s a good time to get intimate. Dr. Zimmermann recommends using the tests in the morning and when you get your first positive, to continue to test for another day or two to make sure the positive disappears or becomes negative again so that you know that the OPK is really working.

Sometimes, it’s helpful to measure progesterone levels at your doctor on day 21 so you know ovulation has really occurred. If the levels are low, it’s suggestive that ovulation didn’t actually take place.

“I’ve had, on rare occasions, patients think the kit was positive and I measured the progesterone level and it didn’t actually work,” he says.

It’s important to know that OPKs also don’t work under certain circumstances. First, not everyone has a 28-day cycle and if your own cycle is very long or very short, you may not be able to easily catch when you’re ovulating. It also doesn’t work for women with polycystic ovary syndrome, or PCOS. This is because women with PCOS tend to have higher levels of LH, not just during the fertile window, so tests will not be accurate.

Basal body temperature (BBT) is another method used to track ovulation. The idea is that your resting body temperature (your BBT) rises slightly when ovulation occurs. You have the highest chance of pregnancy two to three days before this increase in temperature occurs. It’s usually used in combination with other tracking methods (like observing changes in your cervical mucus) since you can’t know you’re ovulating until the rise in temperature actually occurs.

“Different women have different thresholds,” he explains, “so under those circumstances, if somebody wanted to just check whether the kit worked — whether they are ovulating — it might be better to go to your OB-GYN and have your progesterone level measured. Then you know 100% that you’re ovulating.”

What if it doesn’t work?

If you’re in your 20s or early 30s and have been trying for a year with no success, if you are over 30 and have been trying for six months, or if you have a medical condition such as endometriosis or PCOS, it may be a good time to seek out help from your OB-GYN or fertility specialist. They can do testing to look into why conception hasn’t yet taken place. 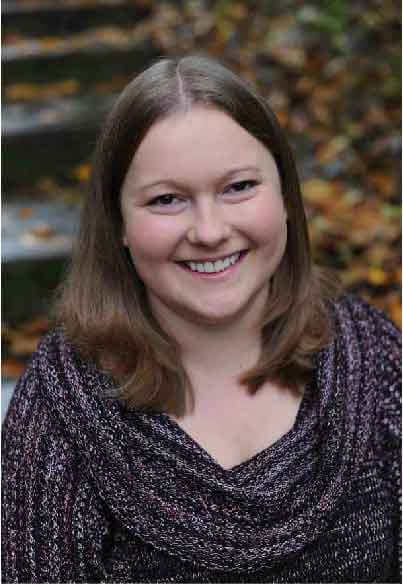 Risa Kerslake is a registered nurse turned freelance writer. Her work has been featured in THINX, Healthline, Broadly, and Today's Parent. You can find her at RisaKerslakeWrites.com and @risakerslake

Get to know your thyroid: where it is, what it does, and why it's important

Get to know your thyroid: where it is, what it does, and why it's important