Fertility and lube: a slippery subject

A 2012 study reveals that an estimated 62 percent of women have used a lubricant during sexual activities and 25.3 percent have used a lubricant during the previous month. If you’ve spent any time in the female health aisle at your local grocery store or drugstore, you’ve likely realized the lubricant section has come a long way since the days of just offering K-Y. As if deciding between the coconut-flavored or warming lubricant wasn’t dizzying enough, there are also a few touting being “fertility-friendly” or “sperm-friendly.”

In my practice as a women’s health nurse practitioner (WHNP), many of my patients wonder: Since when does lube have anything to do with fertility? Does lube positively or negatively impact fertility? Do I need to be using fertility-friendly lube if I’m trying to get pregnant? Will using a lube harm my ability to one day get pregnant? Should I avoid fertility-friendly lubes if I’m not planning on starting a family anytime soon? Is this whole thing a gimmick?

With these questions in mind, I dove into the latest research to offer some answers.

During ovulation, women’s cervical mucus (our body’s natural form of lubrication) changes to aid conception. This biological shift happens regardless of whether you’re trying to get pregnant or not. You may notice your discharge becomes more clear and runny, almost like egg whites (sorry for the food comparison, especially if you’re enjoying a savory breakfast).

Why this consistency? Thinner discharge makes it easier for sperm to swish their way up to the egg and fertilize it. As the American Pregnancy Association explains, “Having enough egg white cervical mucus during your fertile window will actually improve your chances of conceiving.” So, when you see lubricants claiming to be “fertility-friendly” or “sperm-friendly,” all they’re trying to do is mimic and enhance this natural occurrence and bodily fluid. (Mother Nature knows best, right?) More on whether or not you should actually be using these lubricants later.

OK—so why not just use what we’ve got?

I’m with you. Why is there a market for lubricants if we can just use what we’ve got? Even with natural lubrication, which varies in amount for all women, vaginal dryness is still an issue for many. It’s misrepresented as a problem only post-menopausal women experience. This can cause discomfort and painful sex, which can definitely get in the way of you wanting to get it on.

A 2012 study looked at how long it took couples to naturally conceive, including those using vaginal lubricants. The most commonly used lubricants were Astroglide, KY, and Pre-seed. Ultimately, the study concluded that the use of vaginal lubricants (no matter the type) did not delay conception in comparison to their lube-free couple counterparts.

But studies done on sperm during in vitro fertilization (IVF) demonstrate that lube does matter. In 2014, researchers conducted an experiment on nine different over-the-counter vaginal lubricants and their impact on sperms’ activity in vitro. The study included the common brands Sylk, Conceive Plus, glycerol, Johnson’s Baby Oil, Sage Culture Oil, Yes, Forelife, MaybeBaby and Pre-seed. They found that some of these lubricants had a negative impact on on the sperms’ composition and movement. Pre-Seed came out on top as the most sperm-friendly, with Johnson’s Baby Oil, Sage Culture Oil, and Conceive Plus as the runners-up.

And if I’m not trying to conceive?

Many women, regardless of whether they’re trying to conceive or not, rely on lubricant to keep sex comfortable and fun. With all the buzz surrounding organic and toxin-free tampons, should we be seeking out more natural vaginal lubricants, too?

Here’s what you need to know: The World Health Organization recommends patients stick to lubricants that mimic the natural pH of the vagina, as an elevated pH increases the risk of developing bacterial vaginosis (a vaginal bacterial infection) and creates a more hospitable environment for HIV. A 2014 study looked closer at the safety of vaginal lubricants, evaluating the pH and other health-related aspects of twelve different brands. While the study agreed that lubricants should mimic the natural pH and environment of the vagina, the long-term effects of using lubricants regularly was not clearly determined and will require more research. This means, as far as lubricant’s long-term impact on reproductive health and fertility goes, we still don’t know the answer.

Vaginal dryness is an issue that can plague any woman, young or old. It’s also an issue that can get in the way of conception. It all depends on your goals and preferences. Trying to naturally conceive? While the most recent study did not show sperm impairment between different lubricant types in natural intercourse, it’s not a bad idea to choose “sperm-friendly” lubricants in my professional opinion. But if you have a favorite lube, keep using it. Your go-to shouldn’t impact the sperm’s journey and studies can back this statement up. Whether it’s coconut-flavored or warming, you do you. However, if you’re pursuing IVF, Pre-Seed is your best bet based on the 2014 study’s findings. Of course, it’s always a good idea to ask your provider for their recommendation.

When I’m asked for specific recommendations, I typically advise that my patients who are trying to conceive use Pre-Seed. But if they’re not on the babymaking train, I like organic coconut oil (no particular brand) or Uberlube, as both mimic the natural environment and pH of the vagina.

In the meantime, happy baby (or love) making! 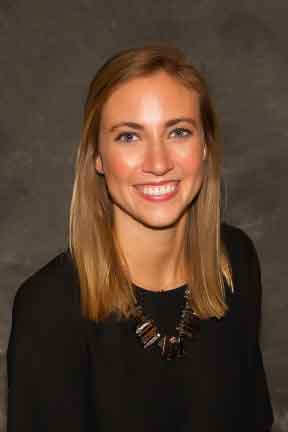 Kara Earthman is a Women's Health Nurse Practitioner (WHNP) and writer living and working in Nashville, TN. You can find more of Kara's work on her blog EarthWoman.