It’s well documented that cigarettes harm the body, including the reproductive system. With any nicotine use, sperm and semen quality suffer, egg cells are damaged, and problems with the fallopian tubes may occur. Nicotine use - and dependence - isn’t good for your health - period. But what about vaping? Can you vape while pregnant? Does vaping have a negative effect on female fertility?

Vaping is an alternative to traditional cigarettes, involving inhaling vapors produced by an e-cigarette (or similar device). Electronic cigarettes are essentially electronic nicotine delivery systems. To vape, one uses a cartridge containing nicotine, propylene glycol, and a battery. When you inhale, the nicotine is vaporized through the mouthpiece. E-cigarettes aren’t regulated in the same way as traditional cigarettes, which means there’s a lot we don’t know about what might be going into the body.

So, is vaping safe?

Nope. E-cigarettes lack many of the substances found in regular tobacco, so they are often perceived as a safer smoking alternative. A study published in Environmental Science & Technology in July 2016 identified harmful emissions in the vaping vapor, including carcinogens and irritants. These irritants were found at a much lower level than in conventional cigarettes but were still present at dangerous levels. Vaping might be better for you than cigarettes, but it’s not safe. The American Heart Association makes it clear that vaping isn’t a safer option - although a study at Johns Hopkins makes room for the idea that while vaping isn’t good for you, it might be slightly safer than traditional cigarettes. Studies show vaping is not always a successful way to cut down on cigarette smoking.

Can vaping impact my fertility?

Truth be told, there is not much research on vaping's effects on fertility - but what we do know doesn’t make a great case for it. Vaping can impact sperm, and not in a good way. Researchers at University College London (UCL) studied the issue of vaping and fertility, and they found that beyond the worries of nicotine and additives, the flavoring in “vape juice," a mixture of water, food grade flavoring, a choice of nicotine levels or zero nicotine, and propylene glycol or vegetable glycerin can affect sperm. The study found that vape juices greatly diminished fertility: bubblegum flavor killed off cells in the testicles and the cinnamon flavored vape juice negatively impacted sperm motility (how sperm moves and swims). Research done by the Baptist University in Hong Kong demonstrated a link between the toxins found in e-cigarettes and fertility issues as well. Following the study, Hong Kong health called for an immediate and total ban on all e-cigarettes.

If you plan on getting pregnant in the future staying away from all nicotine is a good idea. That being said, if you are a cigarette smoker, switching to vaping could be less harmful to your fertility because you are ingesting less nicotine. (But if you are pregnant, vaping is not a less harmful alternative to cigarettes.) While studies show that vaping is less harmful than traditional cigarettes, all of the same warnings apply: nicotine, which is found in e-cigarettes, can definitely impact your fertility; toxins can damage the ovarian follicles and nicotine causes damage to eggs as they develop.

Both smoking cigarettes and vaping can be hard habits to kick, so if you're trying to quit, find a supportive community to help you, and talking with your healthcare provider.

If you’d like to get a handle on your fertility, we can help. Check out what Modern Fertility has to offer - a simple test will offer you information on your Fertility Measurement Index, as well as your hormones, your ovarian reserve, and what all of that information means in terms of your fertility. We want to make sure you’re as informed as possible. 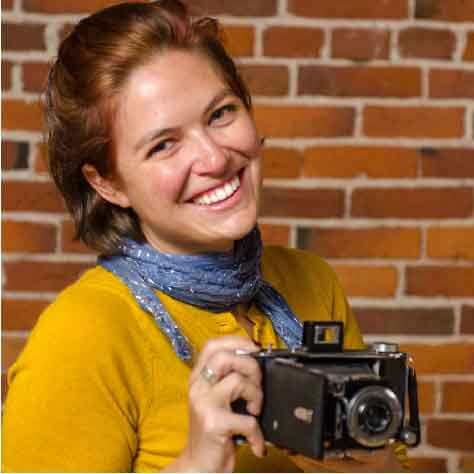 Jordyn Rozensky is a writer and photographer living in El Paso, Texas. Their work has been featured on a variety of publications including CNN and NPR. Follow their photography on Instagram @jordynrr.

Let's get real about fertility treatments and insurance

Your guide to fertility insurance coverage by state