The Most Important Hormone for Assessing Ovarian Reserve (Hint: It’s Not FSH)

If you're reading this, perhaps you’ve already done some thinking about your fertility and eggs. Maybe you've even asked your gyno (or Google — hey, we’ve all been there) about fertility testing to learn about your hormones and how they can influence fertility. The world of hormone fertility testing (complete with a bunch of acronyms that’ll make your ovaries spin) can be super overwhelming. What should you get tested, when, and what does it all mean?

You’re in the right place, friend. We're here to break it down for ya.

The DL on your eggs
Today, we’ll primarily be talking about why and how certain hormones can be an indicator of ovarian reserve. This is one big way your hormones can help you better understand your fertility. Ovarian reserve is the term that refers to your egg count — how many eggs you have chillin’ in your ovaries, which can potentially be fertilized by sperm and result in a pregnancy. Over time and as you age, your egg count decreases. This ovarian reserve decline happens at a faster rate the older you get, too.

Studies show AMH is the best indicator of ovarian reserve. Your AMH levels (low, normal, high) directly correlate to the number of eggs remaining. FSH can also detect ovarian reserve, but it’s important to check E2 along with it because high E2 levels can suppress FSH. Meaning, if your FSH levels are suppressed by E2, this FSH measurement may not accurately represent your ovarian reserve. FSH and E2 are kind of like Thelma and Louise or Lucy and Ethel — they influence each other and need to be tested together to get the clearest, most accurate picture of ovarian reserve.

So, which is better — AMH or FSH and E2?
AMH is considered a superior ovarian reserve test to FSH because it can detect ovarian changes a bit earlier in life. Additionally, while your FSH levels can vary throughout your cycle and from month to month, AMH is more consistent than FSH.

Bottom line? AMH is one of the very best ovarian reserve tests. However, to get the most holistic and complete picture of ovarian reserve and fertility in general, it’s great to test for AMH and FSH and E2. The more data, the better. It’s important to keep in mind that in addition to ovarian reserve, hormones bring other things to the fertility table, too. AMH, for example, is a marker of when you’re likely to experience menopause, how your body will respond to procedures like IVF and egg freezing, and miscarriage.

Many hormone testing kits on the market today only test for FSH, without AMH or E2. Modern Fertility always tests for AMH, and in some cases all three of these hormones, depending on the type of birth control you’re using.

Let's dive into the nitty gritty of these three hormones. Ready to geek out with us?

AMH: The real deal
"AMH levels appear to be an early, reliable, and direct indicator of ovarian function," says Dr. Jeffrey Steinberg of Ferny - Fertility Clinic of New York City. AMH is a hormone produced by the cells in your ovarian follicles. The amount of AMH in your blood helps estimate the number of follicles in your ovaries, and therefore the size of your remaining egg supply — pretty cool, right? Your AMH levels decline as you age. By the time menopause hits, your AMH is virtually undetectable (meaning, your egg count ticks down to zero). AMH levels can be evaluated by a blood test on any day of your cycle — unlike FSH — no matter what type of birth control you’re using. Think of it this way: AMH can be tested more accurately at any time since the number of follicles remains consistent throughout your menstrual cycle.

Next up: FSH
FSH is the hormone required to produce and mature eggs in the ovaries. Without FSH, eggs couldn’t fully develop. Ovulation, fertilization, and pregnancy require a grown-up egg. "FSH levels vary depending on where you are in your menstrual cycle," says Kara Manglani, a nurse-midwife and fertility expert. During your period, your levels of estrogen and progesterone are low. Around the time your period ends, the low level of estrogen signals your brain, which then signals your pituitary gland to secrete FSH. FSH stands for follicle-stimulating hormone and it does exactly that, prompting your follicles to grow and maturation. As your follicles continue to grow, they start to produce estrogen, until eventually one follicle ovulates, and FSH levels drop.

In order to get an accurate measure of your FSH levels, a blood test is done on the third day of your period This is commonly known as "Day 3 Testing.” You might think you want your FSH levels to be high, but that’s actually not the case. (A bit counterintuitive, we know — stick with us.) Ideally, FSH will be low around day three of your cycle. This indicates your ovaries don't have to work super hard to produce and mature an egg. As you get older, your ovaries will have to work harder to generate that egg, so your FSH levels will be higher as a result — think of it as stepping on the gas. Make sense?

But what does FSH have to do with ovarian reserve? "Women with normal or high ovarian reserve have a sufficient production of estrogen and progesterone from small follicles early in the menstrual cycle, which maintains FSH at a low level," says Steinberg. Like we mentioned, as you age, the number of follicles and eggs you have decreases. In turn, this means your body has to work harder to find and mature a follicle. Your FSH levels go up, since your body requires extra fuel to locate and grow a follicle. We love a good food metaphor: Ever had a totally empty, sad refrigerator or pantry? When you’re starving, you have to put in extra energy to order take out, go to the grocery, or go out to eat to appease your hunger. But when your fridge is full — well, easy peasy. It’s requires way less energy to feel satiated.

Where does E2 come into play?
It's important to test not just FSH, but also but E2 along with it. E2 maintains the reproductive system — kinda like the conductor of the ovary orchestra. (Remember how its rise and fall is responsible for cueing FSH production?) E2 is present in varying levels during your menstrual cycle to do things like prompt the maturation of follicles, release of an egg, and thickening of the uterine lining so a fertilized egg has a safe, soft place to make a home. Your E2 levels are highest at ovulation, and lowest when your period first begins. E2 needs to be tested on day 3, too. Ideally, your levels should be low at this point. If they’re high, they could be suppressing FSH production. (Remember, a rise in estrogen signals your body to produce less FSH.)

This is why your E2 levels are key to understanding the accuracy of your FSH report and assessing ovarian reserve through FSH. Say, for example, someone only tests for FSH and the results come back low. They may not think anything of it — after all, this suggests a normal or high ovarian reserve. But what if their E2 levels are high? This could mean FSH is low because it’s being suppressed, not because it’s naturally low. Essentially, the interpretation of ovarian reserve using FSH can get muddied or be misconstrued without E2.

The perfect fertility testing cocktail
OK — quick review: Fertility hormone testing can help you discover your ovarian reserve — where you’re at in terms of egg count. Three key hormones can point to ovarian reserve: FSH plus E2, and AMH. AMH is the best fertility hormone test to give you knowledge and power regarding ovarian reserve. But because these hormones have different responsibilities, point to different reproductive features a
nd functions, and can influence each other, it's not a bad idea to test for all three. (If you're on hormonal birth control, you can still do AMH testing.)

You may be wondering: Why don't all fertility tests include AMH? Great question. According to Steinberg, it's because there's no international standard for AMH yet. In other words, there aren't agreed upon guidelines to take into consideration when comparing AMH test results between laboratories. There's no question as to AMH's usefulness, but with the establishment of a standard, doctors can get even better at applying AMH in a clinical setting. Check out this blog post on understanding reference ranges in your Modern Fertility report. We think it’s important to help women understand the science so they can start a conversation with their doctors.

How to get the info you need
It’s important to keep in mind that ovarian reserve and the hormones that influence it are very important pieces of the fertility puzzle, but they aren’t the whole puzzle. For example, to get an even more accurate picture, you should also have your LH (luteinizing hormone) levels tested. While LH doesn’t relate to ovarian reserve, it’s also what triggers ovulation, causing the follicle to release the egg into the fallopian tube. Once you are pregnant, LH also prompts the production of progesterone, which maintains the fetus early on. Modern Fertility also tests for LH. A transvaginal ultrasound can also help to evaluate your fallopian tubes (if they're blocked, for example), uterus, vagina, and cervix, as well as the thickness of your uterine lining.

Understanding your ovarian reserve through hormone testing is a great first step. However, it's important to make sure you're taking this first step in the most accurate, effective way possible, by first looking to AMH.

At Modern Fertility, we've got your back...err...ovaries. 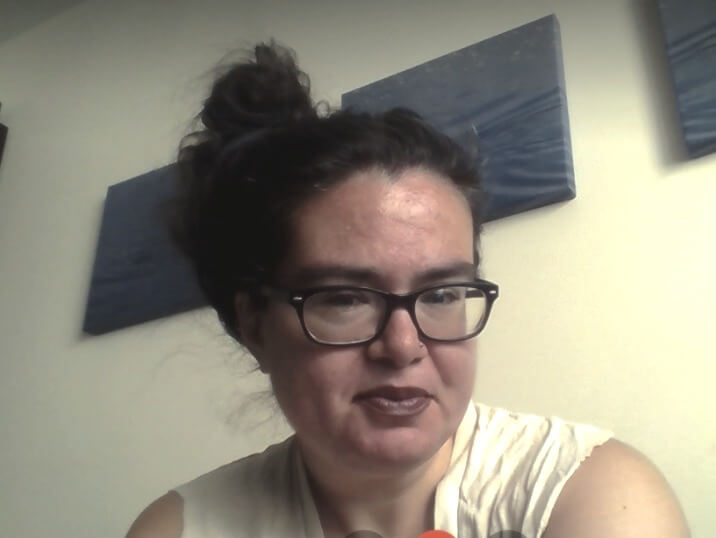 How a hormone test changed the way I think about fertility

How a hormone test changed the way I think about fertility

"Testing is empowering": How one woman is using Modern Fertility to make her fertility plans less theoretical