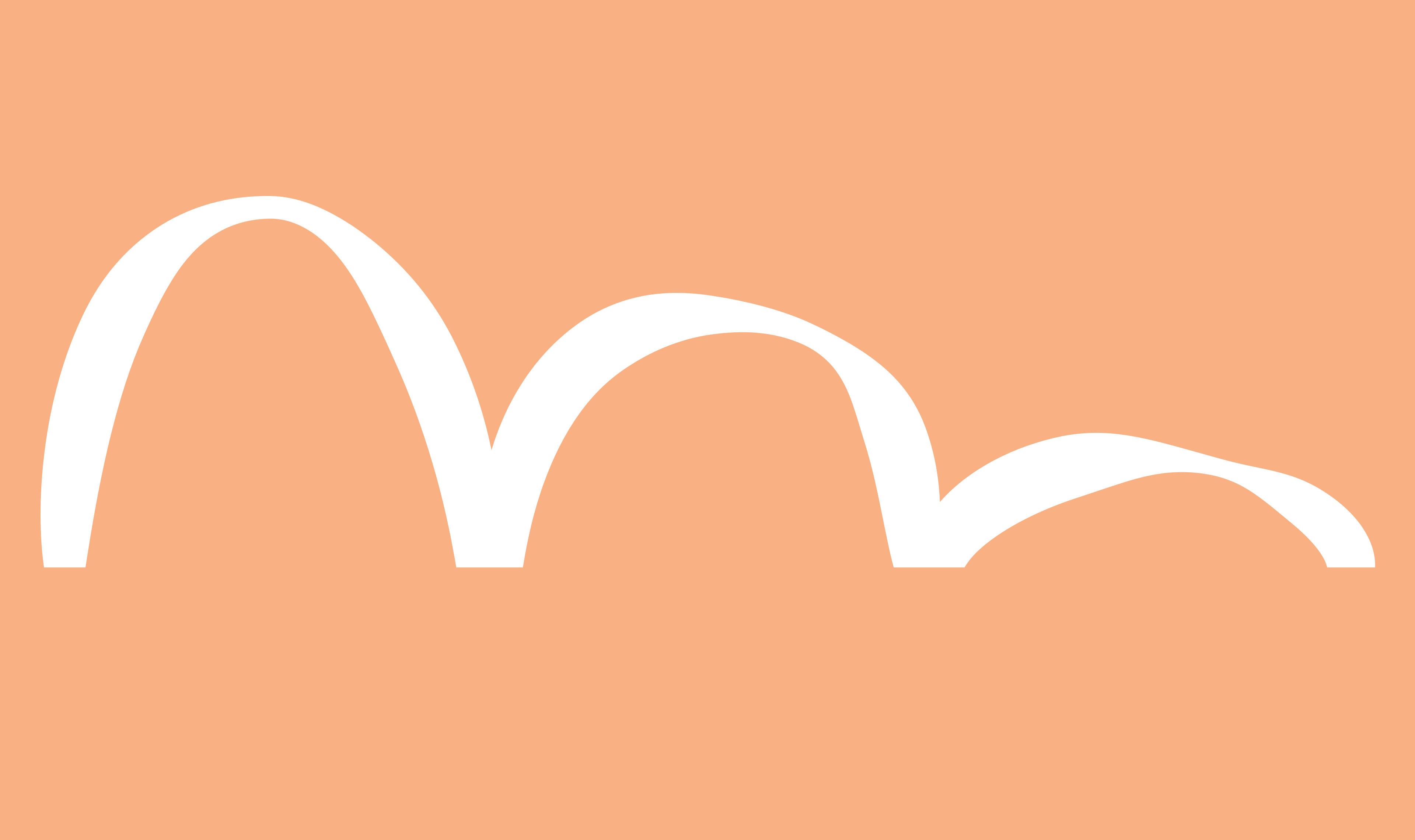 Menopause. It’s a big–sometimes scary–seeming word. In my practice, discussions about menopause varied but many of my patients asked two questions, “What will it feel like?” and “How long does it last?” My response was always the same, “Once you are hit menopause, you stay there, yes. But it’s not a disease. It’s not a disorder. It’s just the next phase of your life–and it’s perfectly normal.” Since women are waiting until later in life to have kids, the question women need to ask is, “When will I hit menopause and how can I keep tabs on it?” Let’s take a step back and dig into what menopause is and why it’s so important for women to learn about the “M word” earlier in life.

Menopause, also known as 'The Change' or climacteric is clinically defined as “the cessation of menstrual periods for 12 months or longer as a result of the natural progression of ovarian failure or due to surgical removal of the ovaries.” To put it simply, your ovaries age and ovulation and periods stop.

How or why does menopause occur?

As we age, the estrogen production from the ovary decreases which results in an increase in the production of follicle-stimulating hormone, or FSH, from the pituitary. The pituitary is a gland in the brain near the hypothalamus. During a woman's fertile years, the ovaries depend on the pituitary to send hormone signals (by way of FSH and luteinizing hormone, or LH) so that one of the ovaries produces an egg each month. FSH and LH also encourage the ovaries to make other hormones (estrogen, or E2 and progesterone, or P4) that cause the lining of the uterus to thicken for implantation of the fertilized egg. If the egg is not fertilized, it disintegrates or is flushed from the body with menstruation. Tada! This is the basic underlying mechanism that explains monthly periods.

When the ovaries wear down as we age, they cannot make enough estrogen to make the uterine lining ripe for implantation. Here’s what happens: The pituitary gets wind of this low estrogen and tries to force the ovary to make more estrogen by raising its production of FSH.

This is why a day 3 FSH test is useful to determine whether a woman has good ovarian function (in which case it is low) or poor ovarian function (in which case it is high). An elevated FSH early in the menstrual cycle (day 3) can indicate low fertility. At some point, the estrogen level is too low to produce a lining that can shed each month. A medical diagnosis of menopause is made if the FSH is greater than 20.

When does menopause occur?

Many patients of mine assumed that they would not experience fertility loss until menopause. But the reality is, we start losing fertility 10 years before menopause. Although the average age of menopause is 51, it’s important to know that this 10 year process can begin as early as the late thirties or early forties (the initial stages are referred to as perimenopause) and timing is slightly different for everyone.

Some women do experience premature or early menopause and it’s important to be aware of the symptoms. Subtle signs of premature menopause may be lighter and more irregular menses, irritability, fatigue, and hot flashes. Excessive bleeding can also be a warning sign that the ovaries or pituitary are acting up. When I was practicing, I would check hormone levels if there were symptoms of irregular periods, lack of periods, or a family history of early menopause. I also ran into conditions such as polycystic ovarian syndrome (PCOS) that mimicked the symptoms of menopause–such as irregular periods, weight gain, or facial hair growth. Measuring testosterone, insulin, and FSH levels were really helpful for me in determining what my patient was experiencing.

Today, women have more options and more information to help them keep tabs on menopause timing. Now with Modern Fertility (an easy fertility test), women can check in on fertility hormones like Anti Mullerian Hormone (AMH) and FSH + E2 that can help indicate early menopause onset. It’s a good idea to consider this hormone testing and talk to a doctor about it. These hormonal blood markers can be measured over time to help you and your doctor get a better sense for your menopause timing than just relying on ages and averages alone.

There are situations, diseases, and habits that can affect when menopause will occur.  Although clear cut evidence is lacking and inconclusive, some studies have shown that early menopause is more likely in women whose mothers went through menopause before age 45. This does not mean that if your mother went through menopause early, you will too–the science simply isn’t there yet. Smoking, chemotherapy, previous ovarian surgery, and ethnicity affect the timing of menopause. Hispanic and African-American women experience it a little earlier while Chinese and Japanese women experience it a little later than Caucasians whose average age, again, is 51.

During perimenopause (the period before menopause that I mentioned earlier), the menstrual flow can change in duration and amount of bleeding (usually cramping is less painful because ovulation is irregular). However, other women experience excessive and erratic periods. These irregularities can often be corrected with medication–usually with birth control pills or progesterone supplements. Pregnancy may occur in the perimenopausal years but there will likely be a weakened ovarian response to FSH, declining health of the aging eggs, and an increase in chromosomal mutations in each egg.

The signs and symptoms of Menopause

The myth of menopause making women depressed or anxious is just that–a myth. It has not been substantiated by science. In my eyes, the challenge with menopause is that there are many other life events occurring at the same time–children leaving home, parents aging–it can be a lot. And it can be difficult to determine what is the “fault” of menopause and what is just, well, life.

One of the most well-known signs of menopause is a 'hot flash' which is a rush of heat to the face, head, and other body parts. The face can flush red and the heart may feel like it’s racing. It’s common for hot flashes to happen at night–which can disrupt sleep. Doctors think that this sleep deprivation is a big part of the irritability and mood changes that women report during menopause. A lack of happy hormones (estrogen primarily) may contribute as well. A benefit of menopause? Those who suffer from premenstrual syndrome or PMS, also known as PMDD (premenstrual dysphoric disorder) no longer have to deal with it. PMS completely disappears.

The lack of a menstrual cycle as a result of overall low estrogen can have effects on other body systems such as the bladder, vagina, bones, brain, and breasts. Estrogen is essential for collagen formation and its decrease results in a thinning of the vaginal tissue–known as vaginal atrophy. Atrophy means the vagina is drier and can burn during sex. Another thing that can happen is bone weakness that can eventually lead to osteoporosis–but this takes decades and is unusual before the age of 75. It is essential to keep your bones strong and healthy early in life to help combat this. More subtle symptoms of menopause include achy joints, fogginess of thought, digestive problems, hair loss or hair gain where it never was before (face), fatigue, and headaches. All of these symptoms can be managed and very few women experience more than a couple of them.

What can you do about menopause symptoms?

Some women in menopause are completely asymptomatic or have minimal symptoms from the lack of estrogen. However, some women have severe symptoms and benefit from medications that can help soothe the signs and symptoms. Hormonal supplements in the form of pills or creams are often prescribed to prevent or treat these conditions, but not all women need them or benefit from them. Oral medications such as estrogen and progesterone, both natural and synthetic, can stave off the annoying symptoms of menopause. But it’s important to keep in mind that the hundreds of studies that have analyzed hormone supplementation have lead to the consensus that each case must be individualized. The benefit appears to be higher if treatment is started close to the beginning of menopause rather than many years later.

Now that women are waiting until later in life to have kids, the modern woman needs more ways to gage potential fertility treatment outcomes, menopause onset, and more. Testing AMH and FSH + E2 can help women keep tabs on menopause timing and get ahead of treatment. Yes to proactive measurement. Yes to healthy and happy menopause.

Dr. Langdon is an obstetrician gynecologist with 19 years of clinical experience in a suburban Midwestern community. She is the inventor of a patent pending medical device to treat a common gynecologic condition and she's researched and written extensively about women's health.

Dr. Langdon is an obstetrician gynecologist with 19 years of clinical experience in a suburban Midwestern community. She's researched and written extensively about women's health.

Why does vaginal lubrication matter for sex?

What every female athlete should know about exercise and reproductive health

The Modern guide to ovulation predictor kits and ovulation tests

What the research says about exercise, fertility, and early pregnancy