“When I was younger, friends would say, ‘You just have bad periods,’” recalls Emily McGregor, a 32-year-old law associate in Charlotte, North Carolina.

“When I was finally diagnosed with endometriosis, I learned that spending a whole day in the fetal position isn’t just a ‘bad period.’ But this agony had been my normal for years—since I was 13. After I got an IUD at 29, I experienced sex without pain for the very first time in my life.”

The American College of Obstetricians and Gynecologists (ACOG) reports that about one out of every 10 women of a reproductive age suffer from endometriosis. Despite these eye-widening statistics, many are unfamiliar with endometriosis. To raise awareness and promote understanding during Endometriosis Awareness Month, we consulted two women’s health experts to help us break down endometriosis—a reproductive disease that impacts many women’s quality of life.

Explaining what endometriosis isn’t can help define what it is. Before your period, the hormone estrogen causes the internal lining of the uterus—known as the endometrium—to thicken. The endometrium, comprised of endometrial tissue, thickens in order to support a fetus if conception occurs. But if it doesn’t occur, estrogen levels drop. This causes the built up endometrial tissue to shed in the form of your period. After all, there isn’t a fetus for the extra tissue to support.

“With endometriosis, endometrial tissue also grows outside of the uterus, often on or inside the pelvis, ovaries, fallopian tubes, bowel, and bladder,” says Dr. Kristin Daniel, a Board Certified OB-GYN in Nashville, TN. According to Daniel, endometrial tissue in these areas grows over time. It also tries to shed during a woman’s period, but has no outlet to be carried out of the body since it’s located outside of the uterus.

This growth of excess tissue, as well as the process of trying to shed but being unable to, is why endometriosis can cause excessive cramping, pressure, and bleeding. This happens especially during hormonal shifts like ovulation and menstruation, when estrogen levels cue the tissue to thicken or shed. “Painful periods, pain during intercourse, bowel movements and urination, as well as infertility, nausea, and vomiting can occur,” adds Dr. Kristy Vermeulen, a San Francisco-based Naturopathic Doctor (ND) who specializes in treating menstrual cycle complaints.

Hold up: How does endometrial tissue even get outside of the uterus?

Retrograde menstruation (yep, kind of like Mercury) is another widely accepted hypothesis, according to this 2007 study. It states, “The most widely accepted theory of pathogenesis is retrograde menstruation, in which viable endometrial cells are transported through the oviducts into the peritoneal cavity where they proliferate and invade surrounding tissue.” Up to 90 percent of women may experience this backward flow of menstrual fluid, which is partially made up of endometrial tissue cells. When menstrual fluid is pushed up into the ovaries and fallopian tubes (instead of out of your vagina and into the world), there’s a chance endometrial tissue could begin to grow in these places.

Genetics could be to blame, too. “Endometriosis often runs in families, but severity varies from person to person and it is not guaranteed you will have it just because women in your family do,” says Dr. Daniel. “Endometriosis is also more common in women who have never had a baby, who have a low body mass index (BMI), and those who started their periods early.”

As McGregor experienced, endometriosis can take years to diagnose. “It takes on average 10 years from symptom onset to receive an accurate diagnosis of endometriosis in the United States,” writes the Endometriosis Foundation of America (EFA). This may be partially because it’s impossible to diagnose endometriosis without surgery, leaving many patients and professionals hypothesizing based on symptoms.

Recent discoveries in the medical community point to possibly being able to use anti-mullerian hormone (AMH) levels to diagnose endometriosis. AMH levels can be a useful marker of a woman’s ovarian reserve (a fancy term for the number of eggs in your ovaries). High AMH may be a sign that you have a high ovarian reserve, whereas a low AMH may be a sign that you have a low reserve. Doctors have noticed that women with endometriosis tend to have lower AMH levels, as this 2009 study published in Gynecological Endocrinology indicates. Since endometriosis can negatively impact fertility—more on this later—it makes sense that AMH levels may be lower in those with endometriosis.

However, there’s more research needed on AMH and endometriosis. According to the EFA, “Using anti-mullerian hormone (AMH) as a marker for ovarian reserve and fertility, and in turn, a suspicion for endometriosis, is a connection starting to be proposed amongst the scientific community, but more research is certainly needed to see if this could be employed in labs.”

AMH is one of the hormones measured in the Modern Fertility test.

Surgery is not the only form of treatment

While surgery is one way to treat endometriosis and the only way to diagnose it, there are non-surgical ways to treat it. Dr. Daniel explains that treatment depends on symptom severity. “I recommend drugs like ibuprofen or naproxen to help relieve pain, along with hormonal birth control, like pills, hormonal IUDs, vaginal rings, or shots to control monthly estrogen signals or shut one’s period down entirely.” By doing this, common symptoms like cramping and bleeding can be lessened.

Dr. Daniel says that for women with severe symptoms, a hysterectomy or the removal of the ovaries can remove the source of the pain. She adds that endometriosis symptoms may lessen with the onset of menopause, when the cycle of endometrial tissue growth and shedding stops. Experts at Harvard Health write, “...even after periods have ceased, the ovaries continue to produce small amounts of the hormone, so endometriosis may continue to cause trouble.”

There are more natural ways to lower estrogen, too. “Supplements like Calcium D-Glucarate and diindolylmethane (DIM) can help with this,” says Dr. Vermeulen. “I also recommend removing all plastics and artificial scents and switching to natural cleaning supplies.” She explains that certain chemicals can mimic estrogen. When the body is exposed to these chemicals, it may encourage even more unnecessary growth of endometrial tissue.

But as the National Institutes of Health (NIH) note, there is no cure for endometriosis—many women undergoing a hysterectomy will still experience pain. If you suspect you have endometriosis, visit your doctor to discuss your symptoms. Based on your symptoms, they may suggest pain relievers or estrogen lowering treatments. If these aren’t effective, an ultrasound, MRI, or surgery may be the recommended next step.

Another study, published more recently in 2014 in Frontiers in Surgery, discusses the options for those with endometriosis who want to conceive, a conundrum that unfortunately hasn’t been fully addressed by research. “The current debate is about whether it is necessary to medically treat, operate, and/or combine both treatments in infertile women,” write the authors. “Medical, surgical, and assisted reproductive technologies (ARTs) treatments do not need to occur separately and many women may benefit from a combination of these three approaches.”

Based on their review of the available data, they concluded that medical treatment (birth control pills, for example) does not improve spontaneous conception rates. However, there is evidence that surgical laparoscopies improve the chances of conception in mild cases of endometriosis. If a woman chooses to use assisted reproductive technologies (ARTs) like in vitro fertilization (IVF) to aid conception, this improves pregnancy rates. However, this rate is still lower compared to endometriosis-free women.

If one undergoes a laparoscopy to diagnose and treat endometriosis, there is a risk of scarring, which can cause fertility difficulties. “In some laparoscopy cases, the resulting scar tissue may cause difficulty conceiving, for example, if a fallopian tube is damaged,” write experts at the Southern California Reproductive Center. However, they explain that scarring is less likely with a laparoscopy compared to other types of surgery because it requires a much smaller incision.

Both Dr. Daniel and Dr. Vermeulen emphasize that is possible for those with endometriosis to conceive spontaneously (without the use of any intervention), but it may be more difficult. McGregor, who isn’t planning to start a family for a few years, does worry about how endometriosis will impact her fertility. “I’d be lying if I said I wasn’t nervous,” she says. “But I’m happy to know I at least have options.”

It’s reassuring to know that options do exist for the diagnosis and treatment of endometriosis, as well as for those with endometriosis who wish to conceive. But there’s a need for more research and advancement, especially considering the millions impacted by this debilitating disease. “It took me until I was 29—that’s over 15 years of symptoms—to get the Mirena and start feeling better,” says McGregor. “But at the end of the day, I have a chronic disease that can’t be cured. I just wish more people knew about it.” 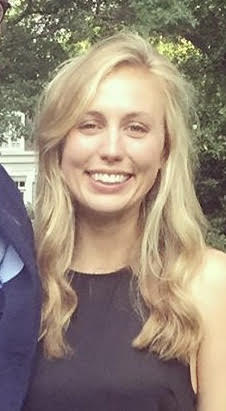 English Taylor is a San Francisco-based writer and birth doula. Her work has been featured in The Atlantic, Healthline, LOLA, and THINX. Follow English’s work at https://medium.com/@englishtaylor.